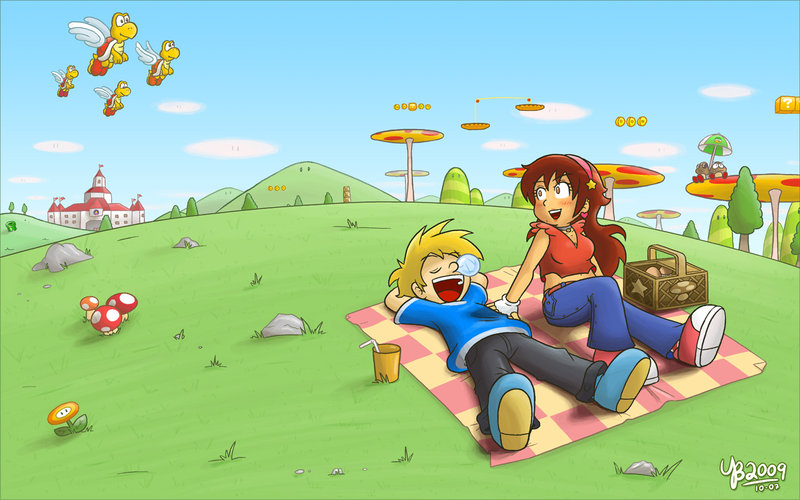 Labor Day seems like the end yet, at the same time it’s the beginning of so much. So which one is it? The beginning or end?

For most, it seems like Labor Day celebrates the end of summer, and the end of vacation. It almost feels like it’s the last licks of barbecues, and the last look at the beach. You better believe that there’s more to it than what meets the eye!

Interestingly, Labor Day was first recognized in 1984 to appease the unionists after the Pullman strike. However, since union memberships have decreased, Labor Day is now recognized as a day to celebrate the economic and social contributions of workers.

True, Labor Day is recognized as a day when it is no longer fashionable for the color white be worn. That would definitely count as the end of something. Schools start a day after Labor Day, and that would be the beginning. New books, unused supplies, different grade, and a fresh start. Labor Day marks the beginning of the NFL and College Football seasons too. For some that means saying good-bye to their football-obsessed loved ones. For others it’s saying hello to a whole new world of exciting entertainment.

Since Labor Day is a holiday and is a day off of work, retailers have taken this opportunity to turn this holiday into a sale day – to grab the customers that have free time on their hands. Surprisingly, Labor Day is comparable in sale days to the big Black Friday!

At Medical Discount Scrubs, we love bringing you sales all year round. But on Labor Day we bring it on full force! In honor of this national holiday, our entire site is 25% off. Yup, you read right – a whopping 25%  off every scrub! While you’re ahead check out the Cherokee Luxe 1999 scrub top. As soon as you’ll see it, you’ll know why you did.

Happy Labor Day whether it’s the end or beginning for you!

If you’re happy and you know it…admit it! Don’t bother clapping your hands or stamping your feet. Admitting it does the job. Or so it seems.

There’s got to be power in just simply admitting you are happy. It seems that in this generation – where there is constant advertising about what we need and deserve, we end up feeling entitled. Extras become necessities in our minds. Through advertising, we are told that we should have that nice car, a bigger TV, quicker internet, and more clothes. It’s just that all these extras, which we can actually live just fine without, become basics. That’s when we feel disappointed, even upset that we don’t have the resources to get those seemingly ‘basic’ items. Dashed expectations bring unhappiness. 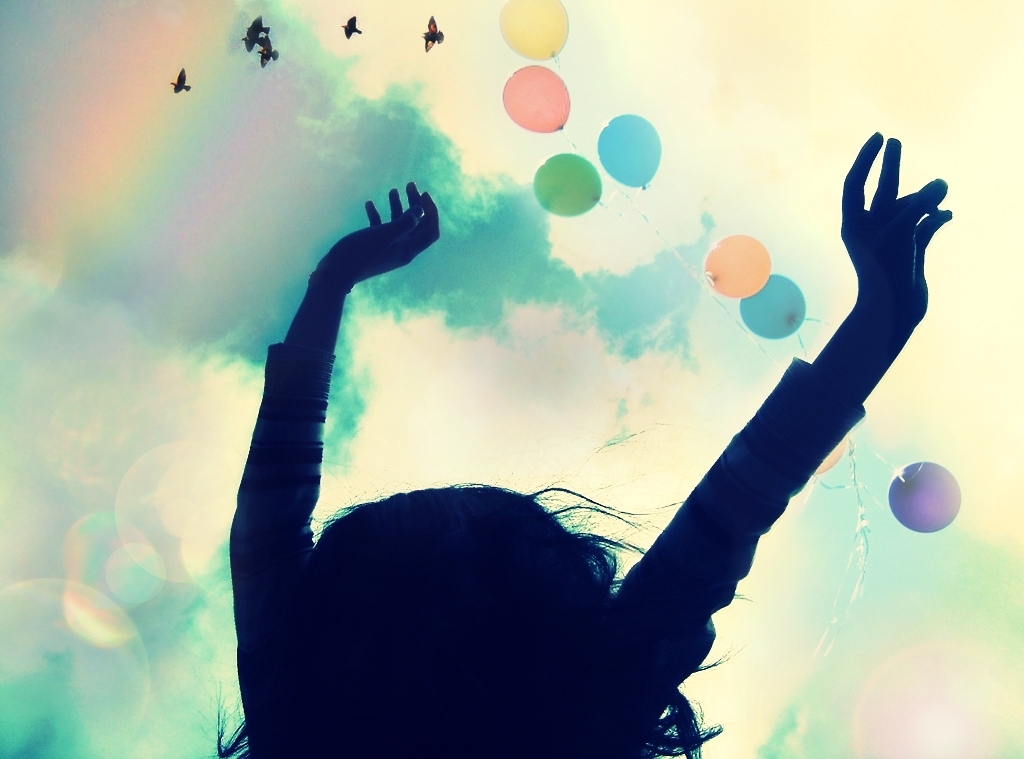 Well, you’re about to get a heck of a lot happier right now! It’s August and this month is Admit You’re Happy Month. Interestingly, the four weeks in August are nationally known as National Simplify your Life Week, National Smile Week, Friendship Week, and Be Kind to Humankind Week. With just one quick look at the names of the four weeks, it’s easy to see that all these national August weeks focus on happiness. Simplifying your life greatly increases happiness. Get rid of all the extra noise, spend quality time with your loved ones – that’s bound to bring you to appreciate all that you have. Smiling can do the trick too! You know what they say, “Fake it ’till you make it”. Smile even if you don’t feel like it, you’ll feel it soon enough. Friendship week is to enjoy your friends. Life is busy and just letting those dear friends in brings extra happiness to your heart. Lastly, giving is the ultimate gift. Be Kind to Humankind Week brings us happiness even if we may be giving of ourselves to others.

Nurses, in my opinion, practice Be Kind to Humankind every day on the job. Caring tirelessly for the sick and healing is oh so hard but is also super rewarding. I’m sure you nurses know what I’m talkin’ about. Reward yourself with some scrubs, to make that shift just a little easier. So far, Cherokee Luxe has been receiving awesome reviews. Check it out.

So tell us, what makes you happy?

You a leftie by any chance? Cuz it’s Left Hander’s Day. It happens every year on August 13th.

It’s a fact. Left handed people are outnumbered. Only 10-12% of Earth’s population are lefties! Despite the extremely low ratio of left handed to right handed people in the world, there is something cool and different about humans who are more dexterous with their left hands.

Lucky for lefties, they are not as scorned upon anymore. In many cultures, religions and definitely back in the day, many ugly and negative words were use to describe left handed people. They were looked at as different and even imperfect.  It’s actually quite fascinating that in many languages the word used to say ‘left-handed’ are derived from words that are, let’s just say, less than complimentary. Linkisch, levja, mancino, and sinistrum are a few examples in German, Russian, Italian and Latin and have the meaning of awkward, clumsy, crooked, and maimed. 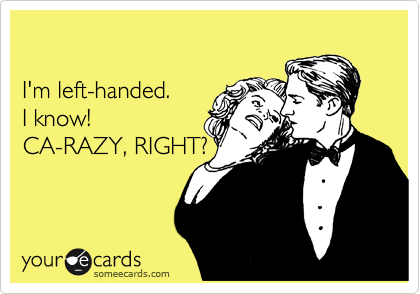 Surprisingly, so much is right with the lefties! When it comes to the speed of the left brain and right brain connecting, left-handed people win! Their brains are faster which makes them more efficient and have a greater ability to multitask. Additionally, lefties are known to have higher IQ’s than righties. Lefties are also better at playing video games, sports, and can adjust to seeing underwater quicker than the rest of mankind.

It gets even better! Being a leftie can’t be too bad if Julia Roberts, Brad Pitt, Jay Leno, Drew Barrymore and Celine Dion qualify to be in the left-handed club. Famous people like Albert Einstien, Mozart, Leonardo da Vinci, Benjamin Franklin and Aristotle were also known to be left handed.

Think about it – everything in the world is created for right-handed people. How frustrating is that for lefties! That’s why Left Hander’s Day was created. To create awareness of the frustrations left handed people face and struggle with daily and to celebrate their existence.

To make their lives a whole lot easier, there is actually an entire website that exclusively sells items for left handed people. Lefty’s, The Left Handed Store, sells things like scissors, can openers, notebooks, measuring tapes and even knives! You name it – they got it.

Good thing scrubs don’t discriminate. Whether you’re a leftie or rightie you will look awesome in Cherokee Pro-Flexibles scrubs. The Cherokee Luxe scrubs are new and hot on the market and are sexy to say the least.

Bloggers in the medical field abound, and after a while most of us settle on our favorite bloggers that we follow regularly. While it can be fun, blogging can also be hard to keep up, as evidenced by the many “Sorry it’s been so long!” posts on so many blogs. In order to keep up the flow of blog posts, some bloggers allow some guest blogging, but it’s very common to see sponsored posts every so often. A sponsored product review every now and then is okay, but when it looks like the blogger is enjoying the free products a little too much, readers quickly become disenchanted. Here’s how to tell if your favorite blogger is genuinely sharing a review of a great product, or is being bought off by the lure of free stuff.

If the blogger is a nurse and her blog is based on her profession her product reviews should be of medical scrubs or other nurse paraphernalia. Not the latest video game. Sure, everyone strays off topic once in a while, but when she’s reviewing Tide’s new product you know she’s become a walking advertisement. Bloggers know that their readers are of a certain genre. If they want to keep their fans they have to stick to topics, or products, that will interest their readers. 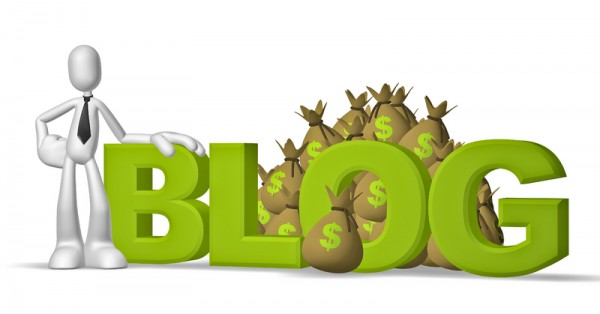 We can assume that the reason you may be following a certain blog in the first place is because the blogger comes across as authentic, among other features which may include humor, sarcasm, information, etc. Product reviews, although different than the conventional blog post, should stick to the tone of the blog. If it sounds too commercial and not in sync with the blogger’s style, it probably is commercial – many companies offer to write the blog post for the blogger so that they can stick in the advertising lingo they prefer. The review may be about Cherokee scrubs, but if every second line has the phrase ‘Cherokee medical scrubs’, you’ve got a big red flag.

A perfect example of a good blog post would be a scrubs review that was recently done by Emily of www.emequalsme.blogspot.com for Medical Discount Scrubs. It is written in her inimitable style, and readers know that she’s simply sharing her good experience with them. See the full review here: http://emequalsme.blogspot.com/2013/08/not-so-scrubby-scrubs.html

Sponsored product reviews should be fully disclosed. Always. No ifs ands or buts. A blogger who does not disclose that the post is sponsored does not deserve the trust of his/her readers. It is simply misleading, and is unfair to readers.

Like any company that believes in their product, we at Medical Discount Scrubs love good product reviews from well-respected bloggers, and we love to hear feedback. However, we try to ensure that our product reviews follow the unwritten code of the blogging world. Let us know if you have any tips for spotting false advertising!